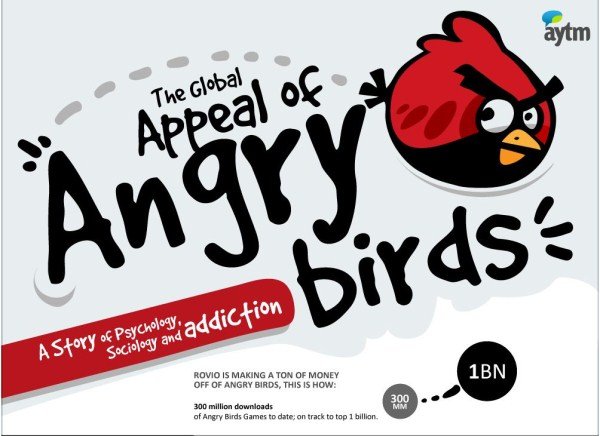 The world's most distracting past time, Angry Birds is also one of the most-played games in history. Over 300 million Angry Birds games have been downloaded so far, although that number is expected to one day top a billion.

If you're a fan of Angry Birds and infographics, I think you'll dig what we have for you today. It's a visual representation of the psychology, sociology and addictive qualities of Angry Birds. Although the visuals are based on a rather small sample size (just 1000 players), its findings seem consistent with my assumptions. Namely, that Angry Birds, while perceived to be a relaxing game, can actually stir up feelings of anger, irritability and anxiety. What I didn't previously realize was that, bizarrely, those feelings seem to intensify if users are single or unemployed. So, if you don't have a girlfriend and are cruising through craigslist looking for a gig, don't expect 30 minutes of hurling pixelated birds at wooden planks to make you feel better. You may, in fact, feel worse.

Check out the chart below!