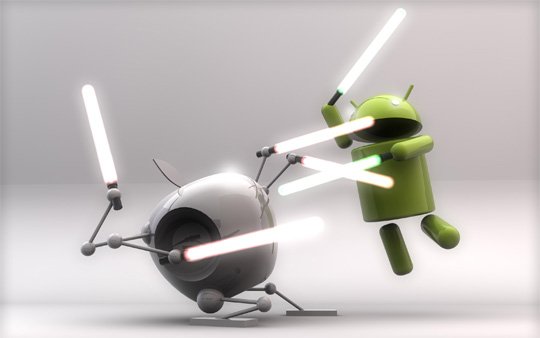 Of course, ad revenue is extra important to app developers who'd like to offer their apps for free in Android Market and still make a bit of money. So which platform is more lucrative for these developers? Let's take a look!

But first, a quick primer on the language in the chart below: 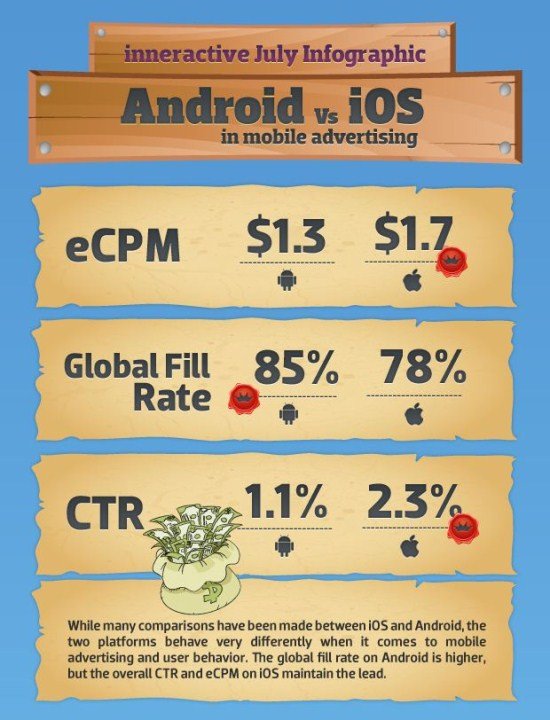 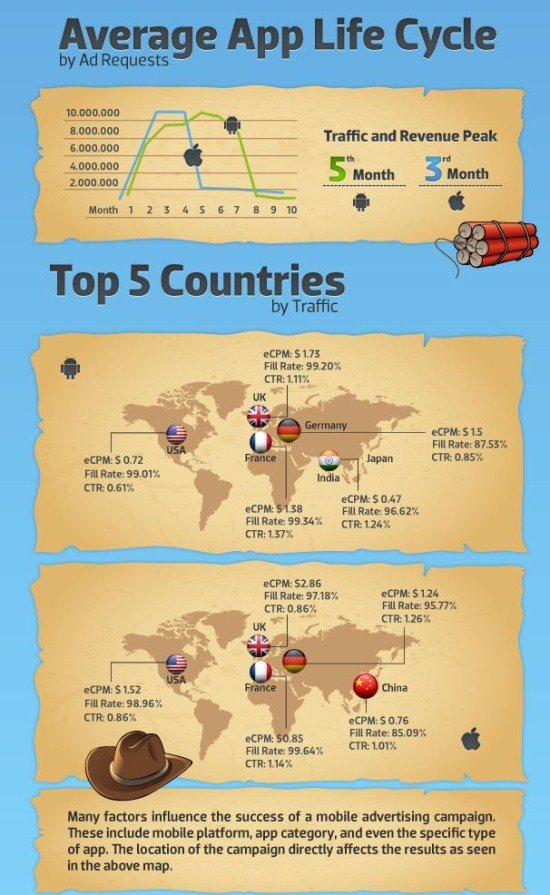 It looks like it's a draw so far. When it comes to effectiveness, iOS is still king – but just barely – with more users choosing to click on ads that pop up on their iPhones than on their Androids and developers seeing a bit larger share of revenue from mobile advertising on iOS than on Android's OS. Android apps, on the other hand, seem to stay popular for longer and have a better global fill rate than iPhone apps.