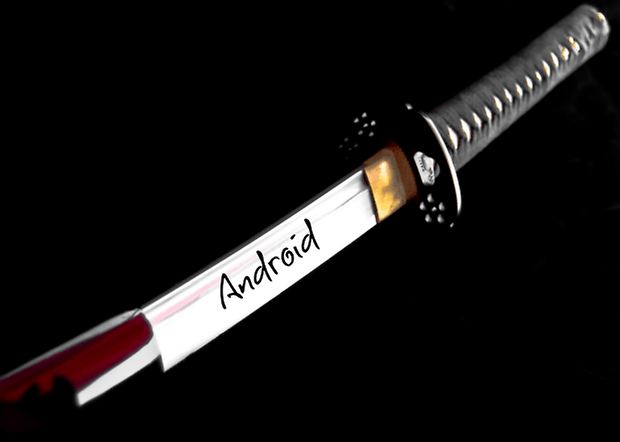 Yes, the Galaxy S2, Galaxy Nexus S3, Note, and Note 2 are killing it. Yes, Google’s new Nexus lineup could change the game for Google and Android. Yes Android is doing great, and yes it has established itself as the most used mobile OS in the world. That’s great news, and both companies should be thrilled and damn proud of what they’ve accomplished. But what about the rest of the many OEMs backing Android? Is Android honestly worth pursuing anymore for companies like HTC, Sony, Panasonic, Asus, and Acer (and the many other smaller tier OEMs)? Has Android become the double sided sword of the mobile industry?

One OEM's failure is another OEM's gold

I’ve always worried that one company would eventually come along and in one way or another damn near monopolize Android. Well that company has come, and to put it frankly, they are leaving the competition in the dust. We all know who I’m talking about: Samsung. Now don’t get me wrong...Samsung has worked HARD to make their devices so successful, and to look at them badly for that would simply be unfair. They make great products with top notch hardware, they market them aggressively, they spend tons of money, and they get a nice return on it. I don’t call that monopolization...I call that doing business. The problem is that Sammy is doing business so well, that others don’t seem to have a chance to get their beaks wet

Other Android OEMs that also make GREAT devices are simply not having luck with Andy, and it’s slowly but surely becoming more and more of a problem. HTC is financially struggling more and more every quarter of every year, and are beginning to set their sights more and more on alternative ways of competing (like Windows 8). Just TODAY, it was reported that Panasonic plans to completely pull its entire smartphone sector out of Europe (WOW) just 1 year after re-entering the market with their flagship Eluga device. Sony’s numbers have also taken massive hits in mobile (across the board actually), LG is failing to move big numbers with Android, and Motorola, although now the property of Google, have yet to deliver a hit flagship device that’s selling big with consumers. Acer isn't fairing any better, and although Asus is cranking out quality tablets (Nexus 7, Prime, Infinity, ect) at multiple price points, we are yet to see a true "hit" in terms of sales.

Samsung on the other hand, continues to break records in sales and profits, and is slowly gaining Apple-ish cult-like status in the mobile world. Some Android OEMs have openly admitted that attempting to compete with Samsung and Apple just isn’t paying off. Is this a problem for consumers? Is it a problem for Android in general?

Android up for sale? I don't think so

I read this article a few days ago (I can’t remember where I read it) where the author said that Samsung will probably just buy Android from Google. Not to my surprise, he got flamed..HARD..by damn near all of the many commenters reading his article. His arguments weren’t thought out, as he didn’t take many factors into consideration (Google buys Moto for 12.5 BILLION for patent protection and hardware, and then sells Android? Riiiiight). But the article did implant an "Inception style"  thought in my mind: What if Samsung remains the only company that continues to make a substantial profit from Android?

There’s a reason that Google chose Samsung to make the Nexus 10, and it’s not because they make the best tablets. In my opinion, a Nexus 10 with an Asus premium design and feel (like with the Prime and Infinity) would have looked and felt better in the hands. Google went with Samsung for one reason: Because Samsung is THE Android cash cow. If anyone can make an Android device damn near as popular as an iPhone, it’s Sammy. Now before you say “ah whatever Eric..if that’s the truth, why did Google go with Asus for the Nexus 7?”, hear me out for a sec...

The Nexus 7 and the Nexus 10 are two completely different ball games folks. What makes the Nexus 7 attractive for consumers is it’s price point (along with the hardware you get for that price ), and takes a direct stab at the Amazon Kindle, which is also at an eye catching price point. The Nexus 10 however, is clearly meant as Google’s first real attempt at an iPad competitor, so why not go with the company that’s already giving the iPhone a run for it’s money (Samsung) in promoting it?

So how does the Nexus 4 from LG fit into this equation? Why not another Samsung Nexus phone? After all, Samsung has released consecutive Nexus devices for 3 years in a row now (Nexus S, Galaxy Nexus, Nexus 10). To put it simply, it doesn’t matter AT ALL to Samsung that LG made the first Nexus phone this year, and here’s why. 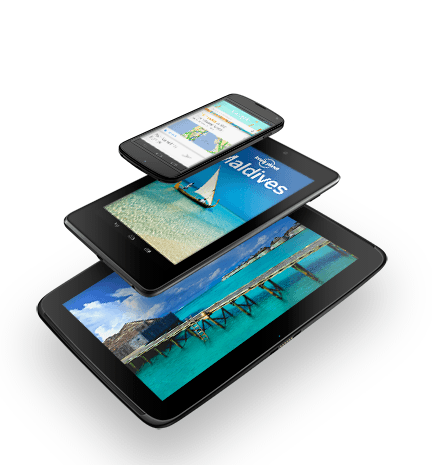 3 new Nexus devices from 3 different OEMs...ain't nothin wrong with that

The Galaxy S3 is Samsung’s current flagship, mobile cash cow, and face of the company in terms of mobile. The Note 2 will most likely help to expand that. As good of a device as the Galaxy Nexus is, it didn’t move massive numbers of units (it wasn't marketed too) like Sammy's flagship products have (not bad numbers either). Fact of the matter is this: Samsung can easily keep it’s focus on it’s current flagships without the need of a Nexus phone, and it won't hurt them one bit.

Another reason is because Sammy is probably more than happy to be the first company to bring out Google’s first real iPad competitor. When you think about it, there hasn’t been a Nexus party in 3 years that Samsung wasn’t in some way invited too, and with the numbers they’re pushing, I’d be willing to bet money that they won’t get scratched from the guest list anytime soon.

A third reason is that Samsung could STILL release a Nexus phone this year or early next year, since it's now obvious that multiple companies are getting in on the Nexus action now. Samsung likes having the best when it comes to hardware, and maybe they are simply waiting a bit to see what the competition spits out before releasing their Nexus device. Who knows? But whatever the reason, the bottom line is that even though Samsung hasn’t released a Nexus phone this year (yet), that they still pushed out a Nexus device. Special treatment for Android’s biggest player? You be the judge.

The Nexus gift, or more of a curse?

But wait..maybe the new Nexus strategy could help ALL Android OEM’s? What if HTC, Sony, and Motorola Nexus devices ALL sold well? That would be great right? Of course it would, but for who? Do Nexus devices actually promote the OEM, or Google (or both)? The way I see it, if the only hit selling device you have is a Nexus device, isn’t that better than having no hit selling device at all? Assuming that OEMs are still making a decent profit for each Nexus device sold, it could actually be a win win situation for Google and its OEM partners.

That being said, the lower priced (but very powerful) Nexus devices could turn consumers away from devices with skins (that mostly cost much more and run the same hardware), and could force OEMs to get a lot more competitive on the pricing of their other products. It’s almost like Google is subtly promoting stock Android more through OEMs, which is a strategy that could help them, but could also very much hurt them at the same time. All I do know is that at this point, LG could very badly use a hit selling Android device, and whether or not it has Nexus on the back of it or not is probably irrelevant. Who knows..maybe a Nexus device could help build more consumer confidence back with struggling brands?

Responsiblity comes with the Nexus brand, so don't f**k it up LG

It will be very interesting over the course of the next few months to see whether the new Nexus strategy will pay off for Google and its partners, and I’m very curious to see the sales figures for Nexus devices 6 months from now. They will be very hard to ignore for consumers due to their price points and powerful specs, but they will naturally need to be marketed not only by their respective OEMs, but by Google directly. So do I think other struggling OEMs should give up on Android? No I don’t. I think they need to play along with the new strategy and see where it could take them. Do I think they need to be careful? Oh yes. The last thing Android needs is a monopolized market and less choices for consumers.

Openness and choice is what makes Android special (I wish I could say the same for expandable memory), and I hope Android never loses that. But if the other OEMs want to also have hits on their hands, they need to buckle down and do exactly what Samsung has done to achieve success:

Show all comments
Recommended articles
Motorola Edge review: back under the spotlight Shu On Kwok
iPhone SE: 5 tricks every owner should know Julia Froolyks
FOLLOW US: