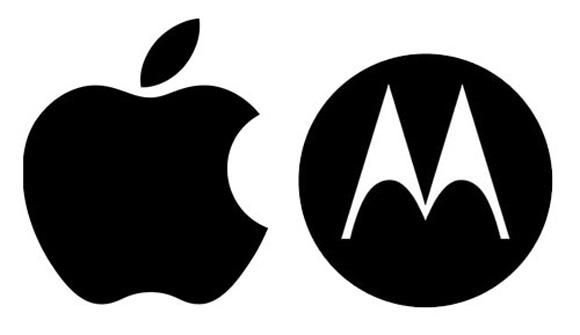 This is a big one guys. I know you hear an earful lately of the patent wars going on between Android and Apple, and that even though both sides win cases here and there, no significant long term damage is normally done. But that changed today when a judge ruled and upheld (for the THIRD TIME) Apples's touchscreen heuristics patent in a current Apple VS Motorola trial. This patent covers the ability for a phone's touchscreen to recognize ANY user gesture on a screen that is not a straight line. Motorola has repeatedly fought this claim, but today the judge put his foot down. What does this mean? It means that if this claim is indeed finalized in July, any Android device (is Windows not affected?) with the ability to gesture a simple curve on any smartphone will be deemed as UNCOMPETITIVE. In other words, Apple has won the patent to make any curved gesture on a smartphone.

I am honestly speechless right now. Being able to swipe at an angle can be patented? Seriously? I'm apparently not alone in thinking that this patent is WAY to broad, as Anaylist Florian Mueller from FOSSpatents also stated that the gesture in question should not be able to be patented at all. He went on to say in his blog:

"Motorola will realistically be unable to avoid a finding of infringement and will have to come up with some really good invalidity arguments if it wants to avoid disaster".

Judge Posner was quick to reject this claim from Motorola that the patent is only specific to a level of talerance corresponding to a 27 degree angle, and stated "I reject Motorola's arguement that they've made that the structure must be limited to the 27 degree angle uses as an example by the specification".

As reported by Mueller, if Apple gets a final verdict on this claim in July, it would deem Android devices uncompetitive in the market. He states "Motorola and Samsung, and the entire Android ecosystem at large face a serious threat. If Androd can't implement any of the gestures described, they won't be competitive".

Google, if there's ever been a time where Motorola could use some legal help, it's NOW. I am still dumbstruck by the fact that "making a gesture that's not a straight line" can be patented at all. I just hope that Google and Motorola can find a way out of this mess. If they don't, they could be left with 2 very crappy choices: 1. Pay Apple a ton of money to use this patent, or 2. Stop selling Android devices.

I'm not happy with either one of those choices, and I hope Google uses every ounce of power they have to defeat this unbelievably RIDICULOUS claim.

UPDATE: So it's came to our attention that this new information that has been reportedly widely on the net comes via a source that we will need to dig deeper on. Despite the reliable outlets reporting on it, we are having problems getting 100% confirmation on this information. Now we are not saying that they are not reliable, but this particluar source has been known to....how should I say this nicely....overdo it a bit. The patent information does appear to be correct, and the possible repercussions are there, but this could also be a case of fear mongering the industry, which AndroidPIT does not condone. We will do our best to dig deeper into this and find additional sources who can provide more details about this patent.

More details as they arrive.

Samsung accused of cheating over 'glass display' on the Galaxy Z Flip Julia Froolyks
Android 11: what can we expect from Google's new big update? Jessica Murgia
The best iOS games for a fun week with your iPhone Kirsten Holst