Take a look in the image below. It's actually three images put together, from three different events.
They were created by an excel worksheet, using VBA. I have to send an image like that to nine people, using whatsapp.

I make such rotation work with the mentioned VBA, but it would be nice if I could make it work on the cell phone.

I'm just starting to learn about Java and Android. Could anybody help me?...
Thanks a lot. 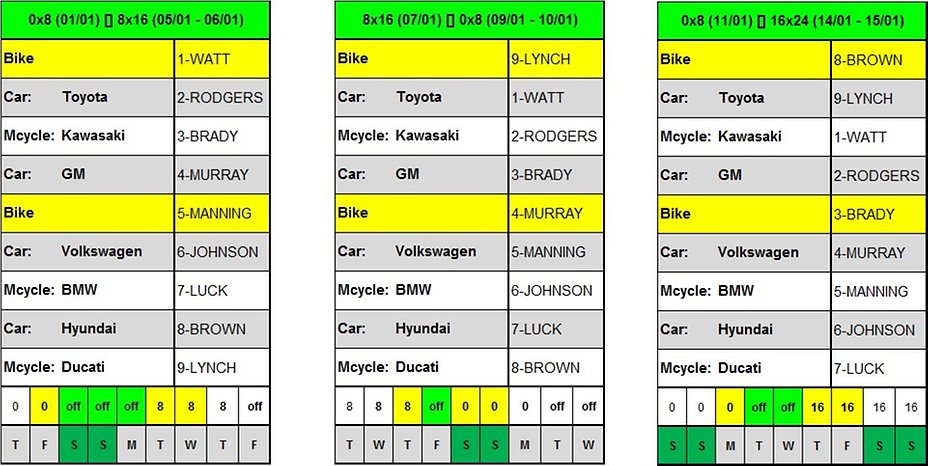