We use cookies on our websites. Information about cookies and how you can object to the use of cookies at any time or end their use can be found in our privacy policy.
To the AndroidPIT homepage
Login
Amr Hassan
Forum posts: 22 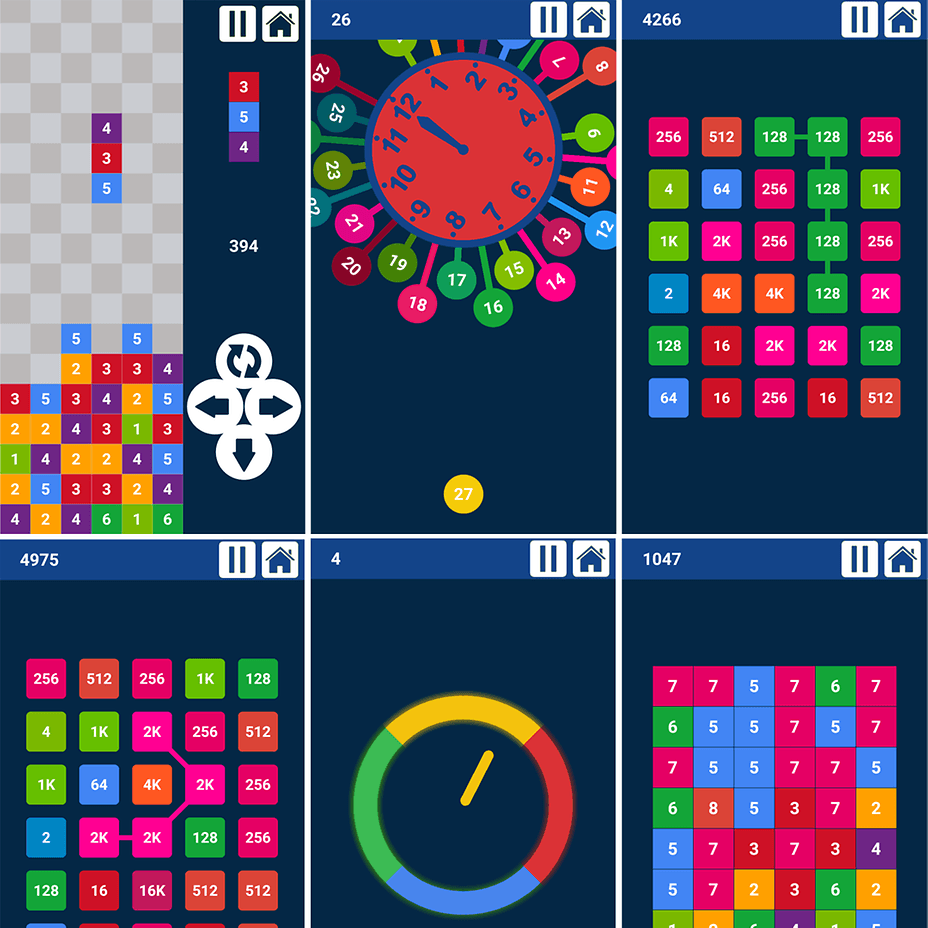 This is a collection of more than 25 simple and challenging games about numbers and math.

It includes the following games:

Math Addition +, Math Multiplication x , Math Division ÷ and Math Subtraction -: Connect 3 or more numbers so that their result is equal to one of the targets.

Columns 2048 Style, Columns Addition Style, Columns Erase Style: Match 3 games where you direct the falling columns to make 3 or more same numbers adjacent to each other.

Duel 1 + 2 = 3, Arithmetic Duel: Math games where 2 persons are competing on the same device. The score will be counted for the person who touches the correct answer first.

Draw Numbers: Match 3 game where you draw the top numbers on the empty bottom blocks, making 3 or more same numbers adjacent to each other.

Merge Numbers: Same game where you touch the group of the same numbers.

Numbers Battle: destroy all numbers by shooting the correct bullets on each number.

Numbers Clock: Shoot numbers on the clock so that their positions are ordered in ascending order.

Touch Numbers in Order: touch the numbers in ascending order from 1 to 30 as quickly as possible.

Who jumps? 1 or 2: Touch the right or left half of the screen so that number 1 or 2 can jump without colliding.

Chess Knight: direct the knight to touch all the squares of the chess board with the least number of movements.

Classic Snake: Direct the snake to eat the apple.

More games will be added in the near future.

If you are left-handed: you can change the position of the buttons to the left of the screen from the settings page.

When it’s game over, you can continue playing and keep your score after watching a short video ad till its end. If you did not watch the video completely, the game would end.

Feel free to tell us your feedback, ideas, suggestions, requests, bugs and rate our game.