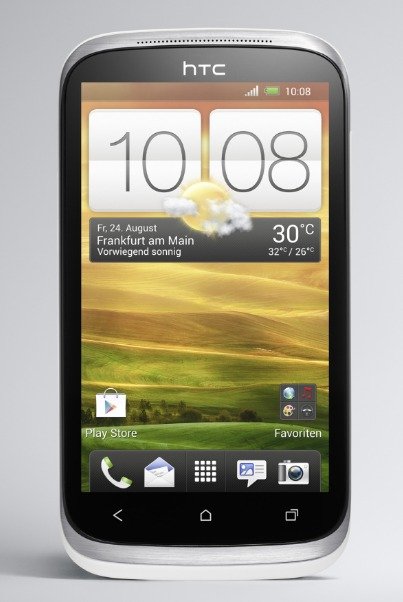 HTC's Desire X just may end up being the best budget Android out there. The device is expected to go live by the end of the month with a 1 GHz, dual-core processor, 4-inch super LCD, 400x800 IPS display, 756MB of RAM, and a 5MP camera with LED flash. A 1650 mAh Li-ion battery provides users with 600 minutes of talktime or 833 hours in standby over 3G, which really isn't shabby at all.

Those still stellar specs for a flagship, but HTC is after the mid-range market here, which is growing more competitive by the minute. This is the price segment Samsung has been actively courting for years now, and we were worried HTC wouldn't be able to compete after the company announced they were only going to focus on "a few good phones."

But the Desire X's looks alone could get it noticed. This phone, unlike many of Samsung's budget models, still retains the look and feel of its more expensive siblings. The vast majority of YouTube users have been complimenting the phone on its "beautiful," "elegant," and "sleek" design. We have to say we agree.

Price-wise, Clove is selling this baby for 228 pounds or around $360 dollars without a contract, although we're expecting that price to drop soon (devices are always more expensive when they first show up on Clove).  If the phone drops below $275, I'm calling this a steal. Until then, we'll just have to wait and see what the price ends up in the U.S. market.