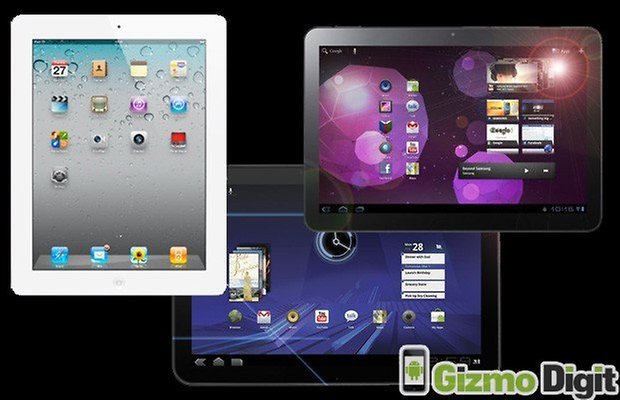 Google, Microsoft, Amazon, Samsung, Motorola, HTC, Acer, Asus, Sony, and every other manufacturer serious about producing a tablet will be glued a certain media event in particular tomorrow: Apple's unveiling of the iPad 3/iPad HD. One thing that really impresses me about Apple is how much people actually look forward to their media events and releases. It's almost like a holiday, and they gather not only the attention of consumers, but of all tech giants world wide. Power, pure and simple. Love it or hate it, believe me when I say that the new iPad is going to be a very big deal, and with a rumored (from a very reliable source) pricing structure buzzing around the internet, I hope that Android tablet manufacturers will take particular note of Apple's pricing on this highly anticipated device. Let's have a look at the (rumored) price breakdown and what it means for Android....

Here are the pricing details so far for the iPad 3/iPad HD:

Umm...wait a sec...notice anything a bit odd here? Maybe it's the fact that the iPad 3's pricing is EXACTLY the same as the iPad 2, meaning that basically, you're getting better hardware and faster hardware for the SAME PRICE as the iPad 2.

How Android Tablets Can Compete

If the rumors are true, and the device actually ships with a quad core A6 chipset, has a 2048x1536 Retina Display, comes in 16,32,and 64GB models, and can be purchased for as low as 499 USD, THAT should be the MAXIMUM price point for ALL quad core Android tablets coming out this year, and not a CENT more. In all honesty, a LOWER price of 449USD should be what high end quad core 16GB wifi Android tablets should sell for.

Why? If Android wants to have a real chance in this market, manufacturers cannot make the mistake they made before and price their tablet offerings higher than the iPad......FACT....DONE....MOVE ALONG FOLKS NOTHING TO SEE HERE....END OF DISCUSSION....You simply can't do it. Android tablets are not selling well..fact. They are however BOOMING with potential , and if Android finally wants to penetrate this market, Google and producers of Android tablets need to realize a few things:

I love my Galaxy Tab 10.1 (I say that a lot huh?), and what nerves me the most is that people don't know how truly awesome Android tablets are, and I blame that fact on Google (for software) and on manufacturers (hardware and pricing). Most people I show my tablet to have never seen a high quality Android tablet, and believe me when I say they are ALWAYS impressed, especially hardware and design wise. Mass consumers would also be impressed, but in order for that to happen, the pricing, marketing, and unique Android selling points need to be there.