Sony has presented a phablet that will definitely give their competitors a run for the money: the new Xperia Z Ultra is extremely thin, super high def, water-tight and fast as lightening. It has a Snapdragon 800 processor, ticks at 2.2 GHz and houses a 6.4 inch display shining bright with 1920x1080 pixels. The Sony Xperia Z Ultra will be shipped out to the masses in this year's third quarter, therefore somewhere between July and September.

The design falls in line with the Xperia Z (Sony calls this their OmniBalance design), the back-facing side is made of a glass plate while the sleek black frame is composed of a relatively simple supple plastic. The phablet is certified with the standard IP55/58 making it water-tight and dust-proof (splash-proof and can remain underwater up to 1.5 meters for 30 minutes). All the ports are hidden behind protective coverings and the battery is not interchangeable. Despite its sturdy composition, Sony managed to make a super thin headset. At 6.5 mm thin, it finds itself within the group of thinnest smartphones and tablets in the entire world.

At a diagonal of 6.4 inches, the Xperia Z Ultra is barely a smartphone. Let's compare: the Samsung Note 2 is 5.5 inches while Google's small Nexus 7 tablet measures 5 inches. The resolution is like the Xperia Z at 1920 x 1080 pixels, topped off with a pixel density of 342 ppi. Sony's phablet is also gifted with technology that should make it better than other smartphones and tablets: Sony called it their ''Triluminos screen with a new X Reality Engine....and Opti-Contrast Panel''. The last element is said to improve the readability in direct sunlight.

Practical side: With their first phablet, Sony has adopted the stylus function that is known from the Samsung Galaxy Note series. This means that users can write or draw directly onto the screen using this pen.

A key element is the processor: its Snapdragon 800 processor from Qualcomm ticks at 2.2 gigahertz. Once it hits the markets, the Xperia Z Ultra will be one of the first smartphones built with this modern chip. The Memory is set at 2GB.

The camera triggers at 8 MP and has all the bells and whistles in terms of extras, like HDR, 3D Panorama and a super-fast start mode which will whisk the camera from standby to ready mode in 1 second flat! The internal memory has 16 GB and is extendable with a microSD card.

Sony thought of everything! The Z Ultra is buzzing with pretty much all frequencies that are supported at the moment: LTE, HSPA, GSM, WLAN, Bluetooth 4.0 and NFC. There's an HDMI output on board as well which is made possible with the microUSB port (MHL).

The Xperia Z Ultra is packing the newest Android 4.2.2, with a gleaming Sony Xperia user interface and services like Music Unlimited and Video Unlimited.

Its battery capacity of 3000 mAh promises great durability. While in a LTE network, Sony will last in standby mode for up to 510 hours. Talking time should give you up to 14 hours. 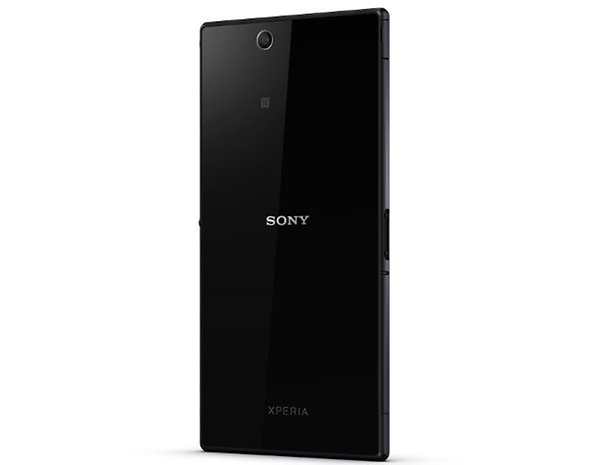