We use cookies on our websites. Information about cookies and how you can object to the use of cookies at any time or end their use can be found in our privacy policy.
To the AndroidPIT homepage
Login
zwoelfer refleowz
Forum posts: 8

Fluid Paint is a realtime fluid simulator. Touching the screen creates colorful fluidlike substances and vortices on the screen. This app comes with both a regular app gui and a Live Wallpaper! 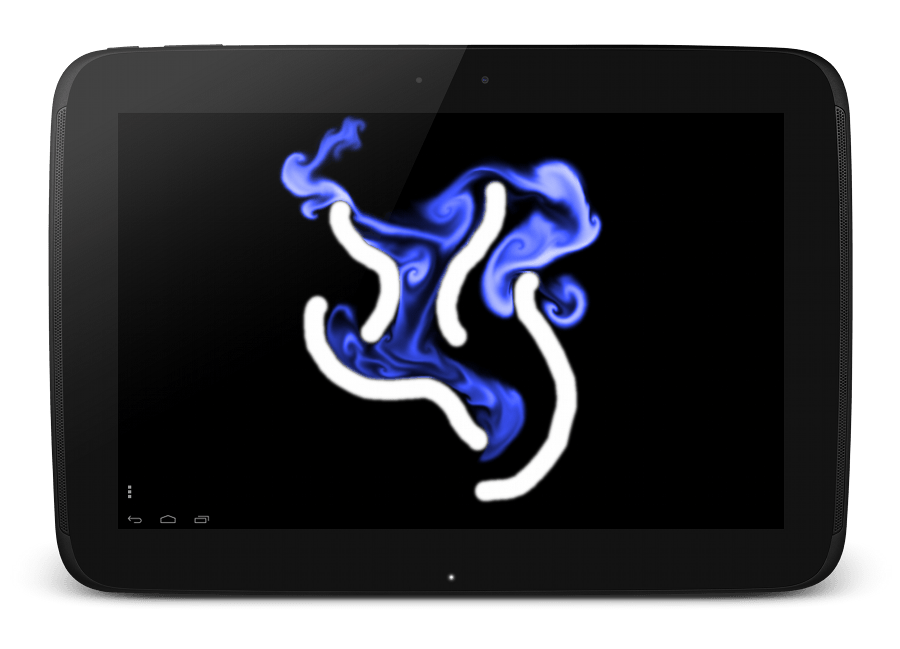 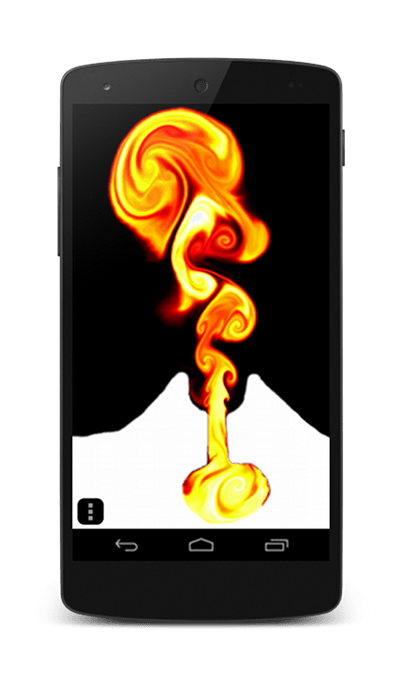 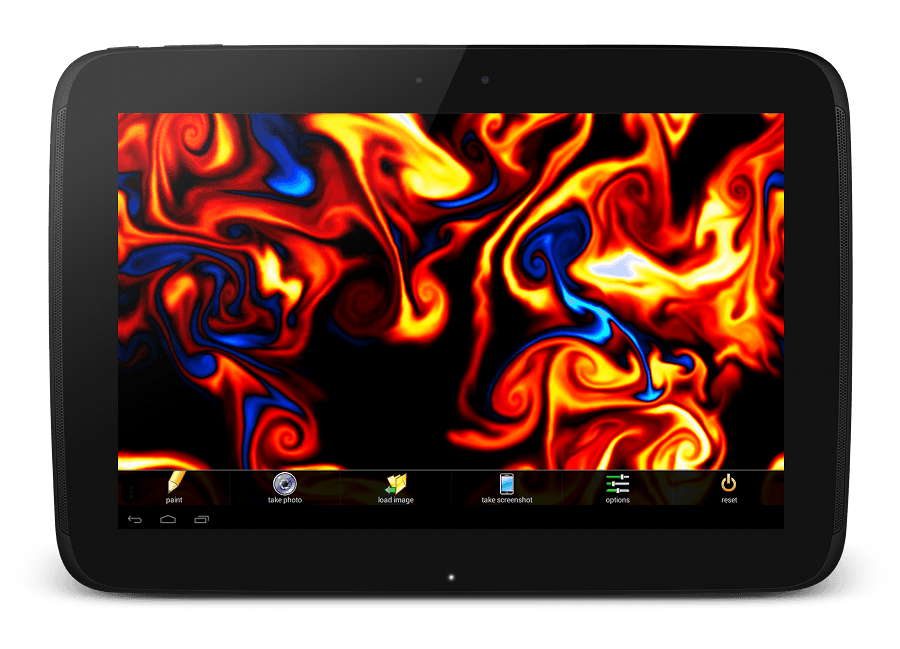 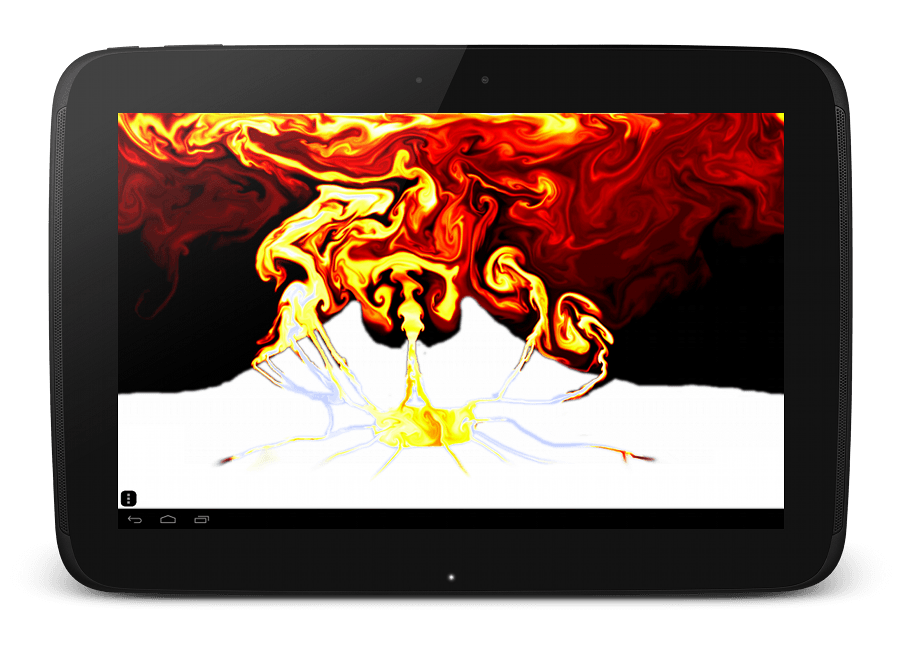 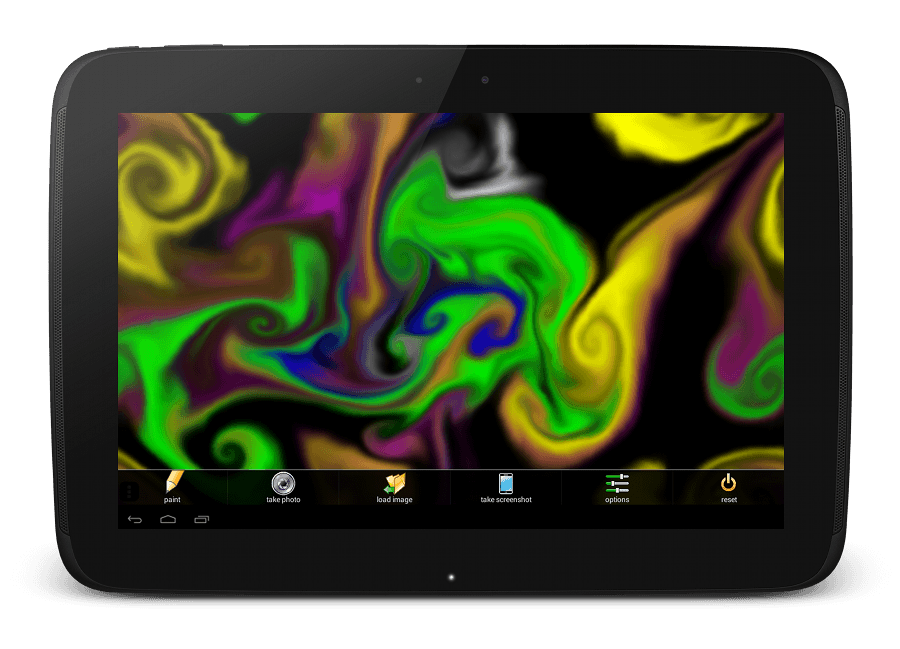 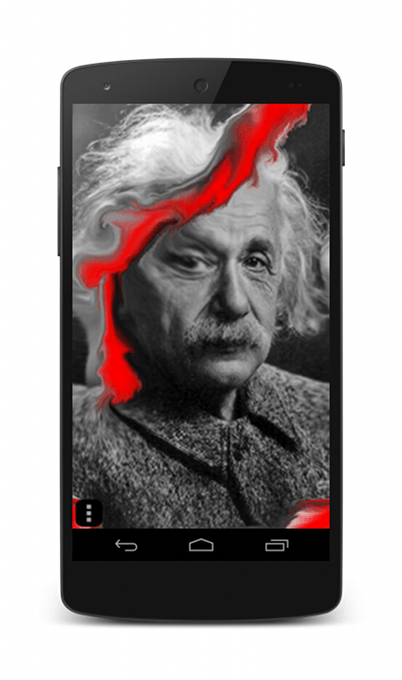 Why is Fluid Paint unique?
There is already great liquid simulation stuff out there on Android (like for instance Fleya, Magic fluids, WindTunnel, ...). Unlike those apps Fluid Paint enables you to load actual images, and liquify them. The free version presented here has some predefined images, and the full version allows you to load images from the sdcard, like for instance photos, which you shot with the camera. (You photographed a person you don't like? Load the image in the full version of Fluid Paint, and watch how the person dissolves on your screen evilface).
This core feature is combined with functionality from the above apps like drawing non-liquid obstacles yourself, visualizing different physical properties like the curliness, velocity, pressure or temperature of fluid particles, offering a Live Wallpaper and playing around with a lot of settings and colors.

Implementation
Fluid Paint was implemented entirely in Java using OpenGl ES 2.0. Despite of not using the NDK it is possible to execute the simulation in realtime, because the whole simulation is done in the fragment shaders. Speaking about the physical model used for this application: The simulation is based on the incompressible Navier Stokes equations, a set of equations which governs the way how fluid substances move. You might observe that waves in this application move at finite speed despite of the incompressibility constraint. This is, because the solution of the equations is approximated numerically, and a compromise of quality and simulation speed has to be met. 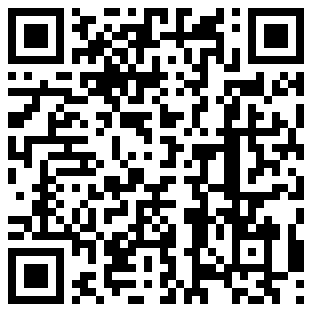 Best visual app I ever seen. The author is just a coding magician! How does it even work?

Best visual app I ever seen. The author is just a coding magician! How does it even work?

Best app? That may be exaggerated XD . But thank you very much

"Unlike those apps Fluid Paint enables you to load actual images, and liquify them." and this got me, I liquified few of my photos and this is so psychodelic! I really had some fun doing it.

"Unlike those apps Fluid Paint enables you to load actual images, and liquify them." and this got me, I liquified few of my photos and this is so psychodelic! I really had some fun doing it.