When I hear criticisms of the HTC One (M8), they are usually one of the following four gripes: too heavy, bad camera, don't like metal, too expensive. But what if you could have a lighter, cheaper, plastic M8 with a ''normal'' camera? Well, that's exactly what HTC built. Check out our HTC One (E8) review to see if it's a better One (M8).

The HTC One (E8) is a pretty nice looking phone, although it is hard to compete with the One (M8) in the style department. The phone is very solidly built, despite the unfortunately shiny surface sheen on the polycarbonate plastic. The One (E8) has the same footprint as the One (M8), although is a little thicker. Other than the plastic build material and different camera setup on the back, it's a very One-looking phone. The biggest difference is in feel: between the cool metallic M8 and the warmer feel of the plastic E8.

On the sides, where the screen meets the edges, a black polycarbonate trim the height of the display gives the impression of the screen wrapping around to the sides, although it is simply an illusion. Still, it makes the One (E8) quite unique looking and recognizable and of course, the shock absorbency properties of plastic are much better than metal. As far as the all-important weight question goes, there's only 15 grams in it: the One (E8) comes in at a lighter 145 grams.

There's the same BoomSound front-facing stereo speakers (which are just as good as those on the One (M8)), HTC logo bezel and off-center USB 2.0 charging port and headphone port at the bottom. However, HTC decided to center the power button up top and give it a funky texture. All the trays and other buttons are in the familiar places. On the back, the big difference, other than the material, is the camera lens, which follows the same style as the One (M8) but puts the single LED flash where the One (M8)'s depth camera was and replaces the Duo Camera with a regular 13 MP lens.

The One (E8) features the same 5.0-inch Full HD Super LCD3 display with 1,920 x 1,080 pixel resolution and 441 pixel per-inch density as the flagship too. It's just as bright as the one found on the One (M8) but ours had a distinctly warmer tint to it than the cool whites on the One (M8) and seemed a little more dull in terms of colors. The difference was so minimal though it could simply be down to minor variations within what is otherwise the exact same panel, as we saw on the multiple LG G3's we've had.

No surprises here, the One (E8) rocks Android 4.4.2 and Sense 6, with an update to Sense 7 and Android 5.0 coming in the near future (by the end of January or early February). The Sense UI is super fast on the One (E8) and all your favorite features are back: BlinkFeed, Zoe Mode and well, that's about it.

HTC has increasingly been pushing its software to the Play Store so things can be updated independently of a major firmware upgrade and we like this. The issue is that the apps and services that aren't Play Store updateable can lag behind: for example, our E8 is still rocking an old version of the camera app.

The HTC One (E8) specs include the Snapdragon 801 MSM8975AC chip clocked at 2.5 GHz (while the slightly earlier M8 is running the marginally older MSM8974AB chip which is clocked at 2.3 GHz in the US and 2.5 in China and Asia). While you won't notice any major differences when just cruising around, using apps or the web, you will notice a significant improvement when launching the camera.

The One (E8) launches the camera much faster than the One (M8), which seems painfully sluggish by comparison. However, as you would know if you've ever picked up the One (M8), it is super fast and smooth, and the One (E8) is essentially identical, just with a faster camera. The One (E8) rounds out its specs sheet with 2 GB of RAM, 16 GB of internal storage and Adreno 330 graphics. Of course you've also got microSD expansion.

This is where the One (E8) sets itself apart from its metallic brother: the HTC One (E8) camera replaces the much-maligned Duo Camera with 4 UltraPixel resolution for a 13 MP regular megapixel camera. Compared to the One (M8) this is the where the One (E8) places its bets. Sure, you'll miss out on post-focus action, but who really cares when you can install the Google Camera anyway. So how does it stack up? Pretty good, but not so good it'll knock your socks off. Take a look at the test photos: 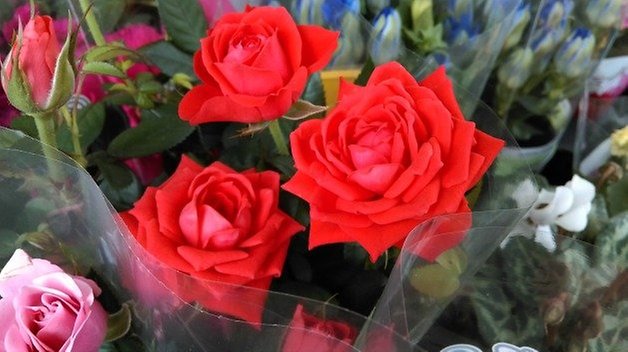 As you can see, the 13 MP camera produces pretty standard mid-range results: in perfect conditions outside it captures nice images, but struggles a little to balance out brighter patches of sunshine. (To be fair though, I found it handled high contrast better than the One (M8)). Colors, macro and HDR are solid, but there's nothing here that's going to really impress you. Sure, it's as good as the One (M8) camera, but that camera sucks, so being just as good is hardly a compliment, especially when you've got serious camera competition with the likes of the Galaxy S5 and LG G3. The one big thing the E8 misses out on is low-light performance, which is abysmal compared to UltraPixels.

The One (E8) battery is the same 2,600 mAh non-removable power pack found in the One (M8) and it delivers equally impressive results. You'll get through a day of proper usage with no problems and the regular power saving mode, along with Extreme Power Saving Mode, can be enabled for that extra power punch when you need it. You've also got fast battery charging via Quick Charge which will get you around 50% in half an hour.

The HTC One (E8) release date was in June 2014, going on sale in Asian markets first and coming to the US and the UK a little while later. The HTC One (E8) price varies depending on carrier contracts (30 USD up-front on a two-year sign-in), but is available outright on Amazon for 499 USD for a carrier branded model or 435 USD for an international unlocked version. Compared to the One (M8)'s hefty 599/555 USD for a carrier (contract-free) or international unlocked version.

So let's take a look at everything: the One (E8) is lighter, it's less expensive than the One (M8), it has better shock absorbency from the material choice (even if it doesn't look quite as nice as the flagship, in my opinion), and it even has a slightly upgraded CPU. But what about the biggest drawcard of all: the camera? Sadly, that's not quite up to snuff.

To have a cheaper, lighter equivalent to the M8 with a plastic build is a good thing, don't get me wrong, but it's a shame that the uninspiring UltraPixel camera was replaced with an equally uninspiring regular camera (the same one found on the HTC One mini 2). All things considered, it's by no means a bad phone - in fact it's a great phone. But just like the One (M8) I find the camera being the biggest let down. Still, it's 100 USD cheaper than the One (M8). In any case, this commitment to diversification on HTC's part can only be a good thing, and I look forward to the One (E9) just as much as the HTC One (M9).