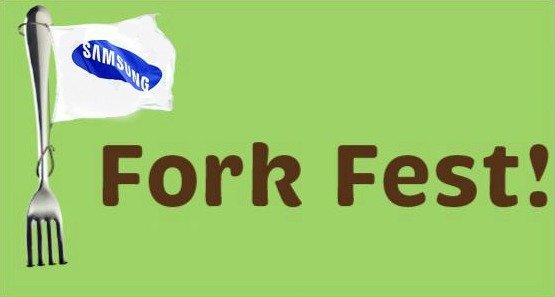 In the last hour I read a story on something called Samsung Tizen, which was something I had never heard of prior to today. One of our Austrailan readers named Jay actually brought it to my attention, and after reading a bit more about it, lots of questions arised regarding Samsung and their future plans.  The ironic thing is that even though I had never heard of it, it was the subject of a "bad case scenario" that I wrote about yesterday, as I detailed in an article that Samsung was slowly but surely monopolizing the Android smartphone market, and could do massive damage if they decided to fork their own version of Android. What I didn't know was that the forkfest has already begun, and bares a very stark resemblence to an operating system you may have seen before.

First, lets have a look at Tizen running on a developer phone: 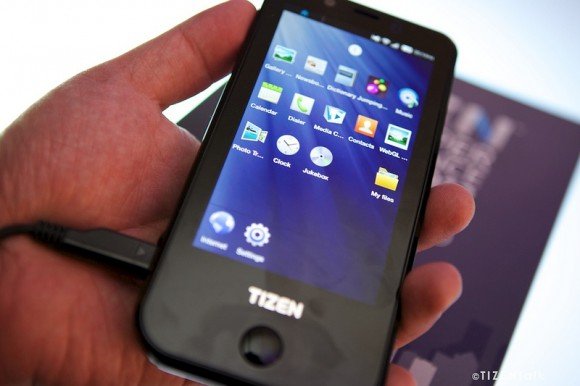 The picture above looks alot like Android right? I mean it has the same notification bar, lots of the icons are the same, and in many ways looks like a skinned Android version doesn't it? Well it's not Android unfortunately. That picture is of a "new" operating system called Tizen that's being developed by...you guessed it...Samsung. Tizen not only looks a LOT like Android with a Touchwiz skin, but is also an open source mobile operating system just like Android.

Its latest release was less than 10 days ago, and the initial release was January of this year. Tizen was actually created from the Samsung Linux Platform, and is a combination of various operating systems created by Intel and Nokia. Samsung is also eventually hoping to integrate Bada, their other mobile OS, into Tizen as well. (Why would Samsung go through all the trouble of all that development if they weren't planning on.....wait...)

Before I go on, let me explain what "forking“ is for anyone who hasn't heard of it. Here ya go:

"To split source code into different development directions. Forking leads to the development of different versions of a program. Forking often occurs when the development of a piece of open source code has reached an impasse. The project is forked so that the code can be developed independently in different ways with different results“. Best example is what Amazon did with the Kindle Fire. They used Android as a base OS, but then removed most of the Google services, slapped their own market and their own services in it, and tailored it so hard to their needs that it's hard to see it as an actual Android tablet. That's why it's not identified by many as a true Android tablet, but more as an "Amazon reader tablet".

Samsung has had some huge success lately, and is the only Android OEM that is having record sales, numbers, and profits. All that occurs as other OEMs go deeper and deeper into red numbers, which in many ways makes Samsung the new unofficial mascot of Android in terms of sales, marketing, and overall success. Samsung has taken a page or 2 out of Apple's book before, and has no problem naming a product "S-Cloud“ to battle iCloud, or "S-Voice" to battle Siri. Samsung doesn't care if the new glass pop up shops look a lot like Apple's pop up shops. They don't care if their new tablet looks like an iPad and gets banned in many countries. If people buy it, Samsung will produce it, and they market efficiently and aggresively enough to successfully pull off that strategy very well. If Samsung isn't afraid to fork such ideas and tailor them (effectively) to their needs, what's to stop them from one day forking the very key to their mobile success: Android itself?

Is it actually wrong?

I saw this coming, and many of our readers saw this coming. But is it actually wrong what Samsung is doing (or may not be doing)? Certainly not. Open source is open source. It is indeed devious, but they are completely within their legal rights to do so. Will Samsung ditch Android for Tizen? It's hard to imagine them abandoning what made them into global mobile players, but perhaps they feel that Google aquiring Motorola is dangerous for them. Maybe there just greedy and see a chance at a profitable exit from Android. Maybe they want to experiment with their own ideas for low and middle range phones, as Android has always ran best with high end devices. Or maybe all of this means nothing at all. I certainly hope that Samsung doesn't abandon Android, as they certainly have done a great job in promoting Android around the world, and have been an integral part in the battle against Apple's iPhone. But who knows? Only time will tell.

If Samsung would one day run their own version of a forked Android (ala Kindle Fire), a substantial amount of the millions and millions of loyal consumers who buy Android phones manufactured by Samsung would most likely follow them right out the Android exit and straight into the Tizen building. I just hope that Samsung has a little more loyalty than that, and keeps their new OS on low and mid end devices only. But when you think about it, why would they do that if they can successfully develop an OS that looks and runs very similiar to the one they have now? I have to admit, development seems to be coming along pretty well, and the OS actually looks like it has potential!

A video of Tizen in action can be found here.

What do you think guys? Do you think Samsung plans on introducing this system to its flagship devices at some point? Or does all of this mean nothing or very little? Let us know in the comments below!

Picture credits:1.bp.blogspot.com for the orginal pic - phys.org for Samsung flag. combined and edited by myself. Tizen shot courtesy of Slashgear.