In presenting the Moto G, Motorola unveiled the downgraded version of the Moto X and even though the device costs merely $179 US, Motorola is still a direct competitor to smartphones in the big boys league like the Galaxy S4 and the iPhone 5s. Whether it’s delusions of grandeur or a marketing cliche behind the Moto G will be revealed in today’s review.

The design on the Moto G doesn’t, by any means, follow the current smartphone trend of the straightest possible form and thinner-is-better chassis approach. Its thickest side is the curved back which is almost 1.2 cm thick, while the thinnest part is just over 6 mm.

Its kinship with the Moto X is quite evident: both have the same exchangeable back side made from a slightly rubberized polycarbonate, built with the headphone jack at the top side as well as a cut out for the camera, an LED flash and finally a Motorola logo. Just like the Moto X, there’s a whole rainbow of colors from which to choose.

The display is framed by a shiny plastic edge that creates a smooth optical bridge between the rubberized chassis and the display glass. The front is quite minimalistic: the telephone speaker and front camera are the only accents. What stands out is the relatively heavy weight of the Moto G at 142 grams, making it 13 grams heavier than the bigger Nexus 5 and even 3 grams heavier than the LG G2 with its 5.2-inch display. That being said, the weight does indeed contribute to its high-quality feel, in addition to its seamless design which sets the Moto G apart. It’s because of this that, if one didn’t know how little it cost, one wouldn’t naturally associate the phone’s good quality with a low price. Phones that are this economical on your wallet usually don’t look this good.

Barely measuring 4.5 inches, the display on the Moto G has a resolution of 1,280 x 720 pixels. With a pixel density of 326 ppi in tow, you’ll find the Motorola smartphone to be more than sufficient for presenting your content with considerable sharpness. When it comes to comparing the HD display of this device and the Full HD display of high-end handsets, the differences are quite minor. The viewing angle is good, though its brightness isn’t square with the competition, like the HTC One or the LG G2 for example, but keep in mind those phones cost two or three times more than the Moto G.

With the Moto G, Motorola has given up on putting their own spin on the Android software. Motoblur is history, and instead they’ve adopted pure Android. For the first phase of sales to the UK, France and Germany among others, the Mogo G is delivered with Android 4.3 and will receive the KitKat update in January 2014. In phase 2, the USA will receive the Moto G with Android 4.4 right off the shelves. This is not a normal occurrence for smartphones in this price range. It is safe to say it practically never happens that cheap smartphones receive the latest Android software, instead receiving an older version with little to no hope of an update.

Bloatware and superficial apps are nowhere to be found on the Moto G: the only native apps are Motorola Migrate, Assist, Care and a UKW Radio. Motorola Migrate allows you to easily transfer your SMS messages, call logs, SIM contacts, volume settings and display brightness from your old smartphone to the new Moto G. Assist serves the purpose of a personal assistant that will automatically adjust the volume for meetings or at night time, as well as mute the telephone when necessary. Care is Motorola’s support and help portal app where the user can get answers to their Moto G questions.

The processor on the Moto G is a Snapdragon 400 with four cores, a clock speed of 1.2 GHz and 1 GB of RAM. In comparison to the standards of the high-end smartphone domain, this isn’t much, however despite that fact, the Moto G’s software and hardware work very cohesively together. During my test, the system worked surprisingly smooth and error-free. There were no crashes, mini-lags or glitches and when playing graphically demanding games like Real Racing 3, it worked really well. Touchscreen input works great as well, while apps started up promptly and the camera from the lockscreen started up in 2 seconds.

The Camera takes pictures with a resolution of 5 MP. During the presentation, the speakers put a big emphasis on the quality of their camera, which in my opinion, doesn't exactly meet their high expectations. The pictures are average and contrast, sharpness and color presentation are satisfactory, though the camera is by no means a show stopper. Top devices like the Note 2 and the G2 are significantly further along, but that being said, the Moto G’s camera is the best in its price class. The biggest problem arises while trying to take pictures in direct sunlight. 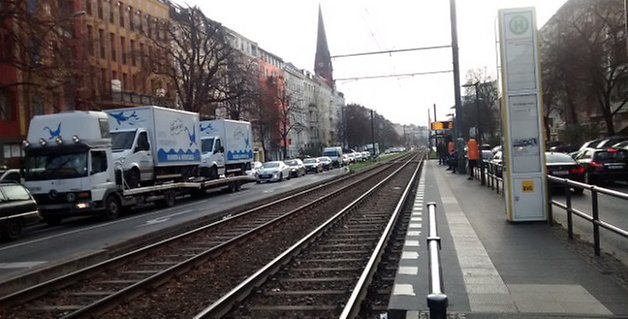 On a positive note, the camera does include a very useful and well-thought out development from the Android stock app. One of these improvements on the camera apps is the ring menu which can be pulled out from the left and used to choose some of the setting options like HDR  or Panorama. The focal point and the exposure meter can be moved around the viewfinder image as you please as well. Tapping anywhere on the display will trigger the camera which during my test worked smoothly. The video mode offers, in addition to normal video capture, the options to film videos in a loop, however with significantly less quality.

The battery performance provided another angle within Motorola’s marketing. Motorola promises 24 hours of battery life and the battery is actually quite powerful with a capacity of 2,070 mAh. I noticed that the battery life was indeed good during my test and after about 7 hours it was still at about 30%. During this time, I used Wi-Fi and mobile networks and the display was on full brightness most of the time. I took pictures and recorded videos, synced my Google account, downloaded many apps from the Google Play Store and played Real Racing 3. When taking this into consideration and also the fact that I didn’t completely charge the device in the first place, Motorola’s statement is actually realistic.

The technical aspects that come with the Moto G aren’t in the class of superior smartphones, but sit somewhere in the middle ground. The quad-core processor with 1 GB of RAM and Android 4.3 operating system ensure that the system runs smoothly at all times. The 5 MP camera is in tune with the price class, while the battery for the device is actually quite good. Considering the price of 199 USD for the 16 GB version, the Moto G offers a great price-performance ratio.

Motorola and Google have proved with the Moto G that they have recognized the signs of the times. The huge potential in the mobile sector isn’t found in the high-end sector, but should be sniffed out in the lower price classes, as we’re seeing with Chinese manufacturers more and more. This is exactly where Googlerola looked and then introduced their second born, the Moto G. It’s a good smartphone with an outrageously low price and is the perfect combination to deliver Android to billions of people worldwide.